James M. Tubor chronicles the search for the world’s deepest cave, as lead by two teams – one American (in Mexico), one Ukrainian (in Georgia) – between 1991 to 2009. He describes the characters involved, and the huge dangers they faced, as well as their achievements and disappointments.

I very much enjoyed the subject of this book – caving is a fascinating topic – and to learn more about the reality of it has been rewarding. Less so the telling of it: Tubor’s narrative exhausted me, written as it was in an dramatic, almost breathless style, with cliff-hangers (not always literal) at the end of every chapter. I could have been reading a novel. Verbatim thoughts, actions, and speech are constantly attributed various people, which I find irritating in non-fiction account: “Instinctively, he lunged to grab the rope”… except that this man died, and no one saw him fall, so – while it’s likely one would lunge for a rope when falling – no one actually knows what he did; yet it’s presented as a fact. (Perhaps there was some evidence of friction on his gloves, but this detail isn’t given.) This tone is constant, and feels puffed out with little dramas that lead nowhere, and have no bearing on the main commentary.

I was also irritated by allusions to “the bottom of the world” or “closer to the centre of the Earth”. If a cave entrance is 9,000′ up a mountain, and the cave is 5,000′ deep, then I am considerably closer to the centre of the Earth sitting at my computer. Also, Tubor’s descriptions of female participants, with their “lustrous dark hair” and “lovely countenance[s]” were just creepy, while his descriptions of the men borders on hero-worship. And do we honestly need to know about how the groundsheets crinkled while everyone had sex? (Not really.)

Bizarrely, there are no maps of any of the caves mentioned, which would have been a massive help with following what was going on. The black and white pictures were mostly too small to make out any detail.

All this said, Tubor does give a good feel for what deep-caving must be like, particularly the dangers involved, the impossibility of rescue, and the strength and stamina (and bravery) of all those involved. And when, at one point, he described a push through terra incognita, thousands of feet underground, even I wanted to turn back. 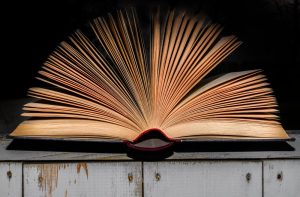 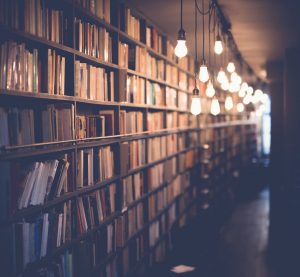 Cookies are used only for social sharing and anonymous stats (web counter).

You can find out more about which cookies we are using or switch them off in settings.

This website uses cookies to "enhance your user experience". What this actually means is that information (one or more cookies) is stored in your browser and performs functions such as recognising you when you return to this website and which sections of the you find most interesting (that's the "statcounter" bit, see below) – so I can see which pages are most visited, and which are not. The other feature that uses cookies is the social share buttons (facebook, twitter, etc.) – see below for more information about them too.

General
This website also saves the cookie heateorSsBrowserMsg in your browser to track which visitors have seen the popup cookie-notification and which haven’t. This cookie isn’t related to your personal data or your IP address.

STATCOUNTER
Statcounter is an online service which helps us to understand our visitors; for example, how visitors find our website, how long they spend on our site, which web pages they are most interested in etc. We use Statcounter because better understanding how visitors are interacting with our website helps us to improve the content, design and functionality of our site. This allows us to offer a better online experience to our visitors.

Furthermore, when you visit our website a Statcounter cookie (called is_unique) may be placed in your browser. This cookie is used only to determine whether you are a first-time or returning visitor and to estimate unique visits to the site.

You can learn more about cookies from Statcounter and set your browser to refuse same here:
http://statcounter.com/about/set-refusal-cookie/

Facebook
We embed a Facebook widget to allow you to see number of likes/shares/recommends and “like/share/recommend” our webpages. This widget may collect your IP address, your web browser User Agent, store and retrieve cookies on your browser, embed additional tracking, and monitor your interaction with the widget, including correlating your Facebook account with whatever action you take within the widget (such as “liking/sharing/recommending” our webpage), if you are logged in to Facebook. For more information about how this data may be used, please see Facebook’s data privacy policy: https://www.facebook.com/about/privacy/update

This website uses Statcounter to collect anonymous information such as the number of visitors to the site, and the most popular pages.

Keeping this cookie enabled helps me to keep track of which pages people are finding most interesting.

Please enable Strictly Necessary Cookies first so that we can save your preferences!